From a time when everything seemed to be possible, is from where we take “This Weeks Top of The World Track From A West Side Fabrication, in historical perspective”. The title of the song, “When It All Comes Down”, could be said as a hunch of what later happened to the band. Its also true that this particular band were indeed very promising with a good deal signed to Interscope, which included touring in the US with some, in those days, quite famous acts. But as said, it all comes down to who you could trust in this roughly business. So after a while they stood their with no contract and an album that didn’t even get properly released over there.

“When It All Comes Down” can be described as a time typical song for all these pop skaters. But to be honest, this song was far from the most popular one on the album “Odd Man Out”, from where it´s taken. The hit song, which probably took them to US to begin with, was a song called “Elvis”. In fact, they also re-recorded “Elvis” over there, for to much money if you ask me, together with some famous producer at some great studio. And still that track never saw the daylight, it went straight into the garbage bin. Other popular songs on “Odd Man Out” were for example the two other singles “Super Ball” and Never”.

In other words, welcome to This Weeks Top of The World Track From A West Side Fabrication, “When It All Comes Down” with Carpe Wade”

Spotify: Carpe Wade – When It All Comes Down 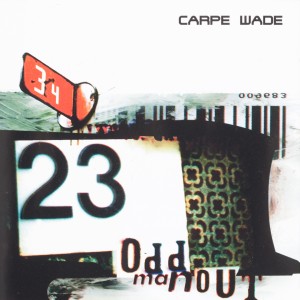